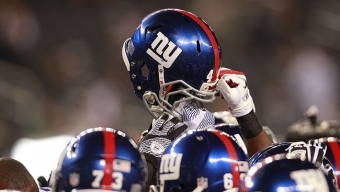 LocalBozo.com’s special beat reporter Jordan Rubenstein will be covering the New York Jets all season long, with quarterly season recaps about where the team is headed. We’ll also have reporter Tim Sachs tackling the New York Giants head on as we bring you all local NFL coverage heading to the upcoming ‘Big Game’ held at MetLife Stadium in 2014. To read our Jets preview, click here- but for fans of Big Blue, we’ve also got your New York Giants 2013 Season Preview here. 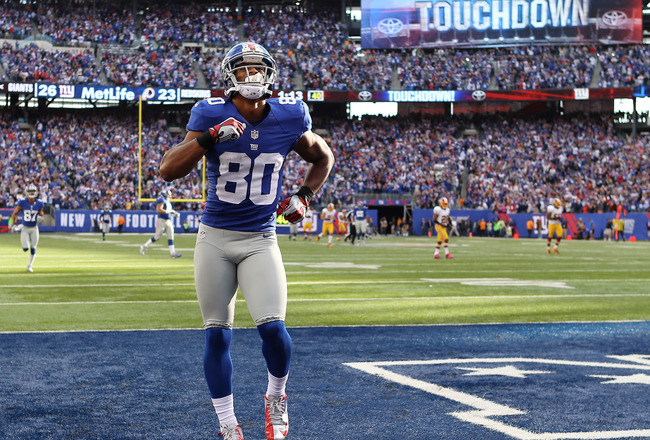 While their stadium mates have commanded the much of the collective attention of New York for most of the offseason, the New York Giants were hardly ho hum in the time between the conclusion of their playoff-less 9-7 finish and the conclusion of this summer’s training camp. Much of the talk revolved around the contract situation of breakout wide receiver Victor Cruz, put to bed with a five year, $43 million extension in July. But the ‘will he stay or will he go’ Cruz was hardly the sole question mark looming over a team that sputtered to a 3-5 finish after a strong 6-2 start. Inconsistent play on both sides of the ball as the year wound down marred an otherwise promising start as the offense failed to generate much on the scoreboard and the defensive front disappointed with their lack of a pass rush. But the team’s recent success overall cannot be overlooked as the Giants haven’t had a losing season since 2004- head coach Tom Coughlin’s first season and the last before starting quarterback Eli Manning took over. Despite the team’s end of season struggles, an above .500 record in the parity-laden NFL is nothing to sneeze at, and although some injuries this offseason have certainly provided certain setbacks, the team remains poised for another run at the NFC East.

Before we look ahead though, it’s important to take note of the how the team’s roster has changed year over year- and unfortunately, it’s not good. Two of last season’s offensive weapons- running back Ahmad Bradshaw (Indianapolis Colts) and Martellus Bennett (Chicago Bears)- both of whom had career years in 2012, have departed. The latter has been replaced by Oakland Raiders’ pass catching tight end Brandon Myers, a suitable substitute certainly, but hardly the playmaker that Bennett had been. Defensively meanwhile, the team added Cullen Jenkins to a defensive line whose starters managed just a combined 20.5 sacks a year ago. Otherwise, the 2013 Giants seem to be relying on their in-house options to emerge.

5’10″, 205 pound Running back David Wilson becomes the full time workhorse in a backfield that for years has relied upon as many as three different running backs to share duties. His backup Andre Brown suffered a broken leg in training camp and begins the season on injured reserve, but he’s able to begin practicing with the team after six weeks of inactivity and healing. The team’s receiving corps return mostly in tact with Dominik Hixon replaced by former Oakland Raider Louis Murphy, as does both the offensive and defensive lines, and in the secondary. The biggest changeover comes in the linebacking unit as two of the Giants’ leading tacklers from last year Chase Blackburn and Michael Boley have been replaced by the likes of Dan Connor (Cowboys) and Spencer Payslinger, neither of whom is expected to revolutionize the position. The team’s biggest blow happens to be to another Brown on the other side of the ball as safety Stevie Brown whose 8 interceptions last year led the team, was lost in training camp and placed on injured reserve with a knee injury.

Although coaching is certainly the Giants’ strong suit, the remainder of the NFC East isn’t getting any weaker. In fact, it’s conceivable for each team to make a legitimate case for itself winning the division, expected to be among the league’s most competitive. The Redskins welcome back star quarterback Robert Griffin III for his second season, following offseason knee surgery; the Eagles and first year head coach Chip Kelly of Oregon will bring an entirely innovative offense to Philadelphia with quarterback Michael Vick seeking a return to form and back at the helm; and the always dangerous Cowboys led by Tony Romo, who had nearly 5,000 passing yards a season ago surrounded by perhaps the league’s most offensive weapons, each have variables that make them potential favorites heading into 2013. Big Blue however, has remained less flashy, staying true to form, indicative of their militant head coach, and poised to continue their pattern nearing a decade long of winning.

With less firepower on offense, the 2013 New York Giants have to hope that their stud players – Manning, Wilson, Cruz, Hakeem Nicks, and Myers – all stay healthy and perform as expected. Because of the team’s dearth of depth, anything less will lead to a disappointing season and another missed playoff run. Judging by the team’s schedule though, the NFL surely isn’t doing them any favors. With out of division match ups against 2012 playoff teams like the Seahawks, Broncos, Packers, and Vikings, plus tough road trips to Kansas City, Carolina and Chicago, the New York Giants certainly have their work cut out for them. We’re willing to give the team the benefit of the doubt in their division and give them a 4-2 record but just 4-6 the rest of the way as the team plays down to the level of some of their lowly opponents, losing games that they should win outright. Be prepared for a year of ups and downs Giants fans. 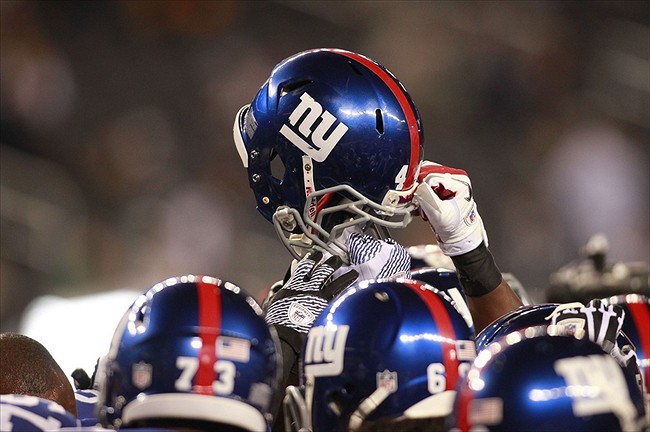