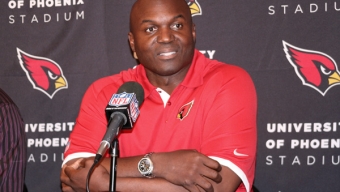 LocalBozo.comâ€™s special beat reporter Jordan Rubenstein will be covering the New York Jets all season long, with quarterly season recaps about where the team is headed. Weâ€™ll also have reporter Tim Sachs tackling the New York Giants head on as we bring you all local NFL coverage throughout the 2014 season. Read Jordan’s Pre-Season Predictions here. 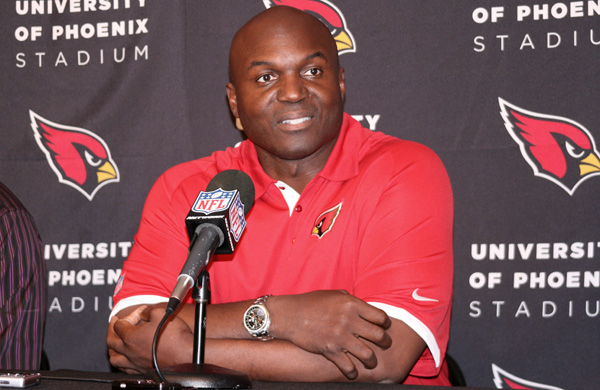 Thereâ€™s no reason to look back at the 2014 New York Jets season. It was a disaster from Week Two onward. The offense never clicked regardless of which ineffective quarterback was under center and the defense, try as it might, couldnâ€™t save the team on its own. Coming off the promise of an 8-8 season a year ago, there was hope that quarterback Geno Smith would mature and adapt to the fast-paced pressure of NFL defenses and head coach Rex Ryan, despite minimal personnel upgrades by general manager John Idzik, would continue to be a motivating force for the entire roster. Whether the latter happened is a little too metaphysical to discuss here, but the prior most certainly did not. Thatâ€™s why today- Ryan and Idzik are out and Smithâ€™s future, at least as the starting quarterback, remains up in the air. However, the teamâ€™s future is starting to come into focus.

On Tuesday, the Jets announced the hiring of Houston Texans director of college scouting Mike Maccagnan to be their new general manager just as news leaked that Arizona Cardinals defensive coordinator, and former Jets assistant, Todd Bowles would become their new head coach. Both moves are very positive, from this seat. Maccagnan should be a huge boon to the Jetsâ€™ draft this year and beyond, something with which they desperately need help. While they have made some outstanding selections high in the draft in recent years, such as Muhammad Wilkerson and Sheldon Richardson, they have also missed badly with the likes of Dee Milliner, Kyle Wilson and Vernon Gholston, who, in fairness, was not drafted by the most recent regime. 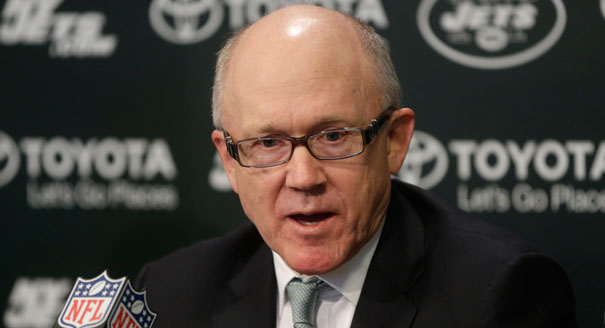 Thatâ€™s just on the defensive side of the ball. Offensively, they have almost nothing to show from recent drafts. Smith doesnâ€™t appear to be, just as Mark Sanchez wasnâ€™t, the answer at quarterback. Wide receiver Stephen Hill, drafted during the second round in 2012, couldnâ€™t stay on the field and former USC running back, and 2010 draftee, Joe McKnight wasnâ€™t handled properly. It seems everyone wants the Jets to draft University of Oregon star quarterback and Heisman Trophy winner, Marcus Mariota, should he be available, but thatâ€™s another Band-Aid for a bullet wound. Donâ€™t get me wrong, Mariota has the makings of a good pro, but the Jets need so much help everywhere that they must first get younger at, believe it or not, more dire positions. Itâ€™s also highly unlikely that Mariota, who just declared his eligibility for the 2015 draft this week, will be available when the Jets make their selection with the sixth pick.

The goal for Maccagnan should be to get stronger on the offensive line, find cornerbacks who can cover as well as play the ball and score a running back around whom to build the offense. The latter would relieve the pressure on Smith or whichever quarterback Maccagnan signs, perhaps Ryan Mallett, with whom the new general manager is familiar from Houston, or Shaun Hill, previously of the Rams- as short term stop gaps. Mallett and Hill arenâ€™t franchise-changing quarterbacks, but both are serviceable for the time being. Certainly not all of this rebuilding can be done with draft picks of course, but the Jets are in a good position with plenty of salary cap space heading into the offseason with a solid crop of free agents available. Once the Jets can show they are in the midst of a successful youth movement, then maybe itâ€™s time that they find their quarterback of the future.

For first-time head coach Bowles, the goal will be similar to that of his predecessor as Bowles may be the pre-eminent defensive coach in the game today, having turned around both the Eagles and Cardinals. Once there is talent in the secondary, there isnâ€™t much doubt that Bowles will be able to scheme to his teamâ€™s strengths. The bigger question mark lies on the other side of the ball, which is a surprise to absolutely no one. Offensively, Bowles will rely on former Bills head coach Chan Gailey, who hasnâ€™t coached since 2012. The positive for Jets fans is that Gaileyâ€™s biggest missteps as Bills coach was with the defense, so without the need to split his focus, he should be able to make something out of the nothing that is the Jets offense, which he did without a star quarterback in Buffalo.

All in all, the Jets are set up for the future in three different ways. Everyone will get a glimpse of said future just a few months from now at the 2015 NFL Draft, when Maccagnan will have his first opportunity to show the Gang Green faithful why heâ€™s the man for the job. And thatâ€™s exactly what everyone involved with the Jets wants: a reason to look forward.