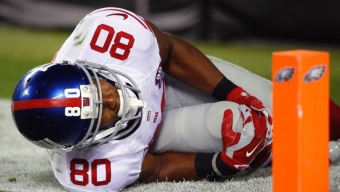 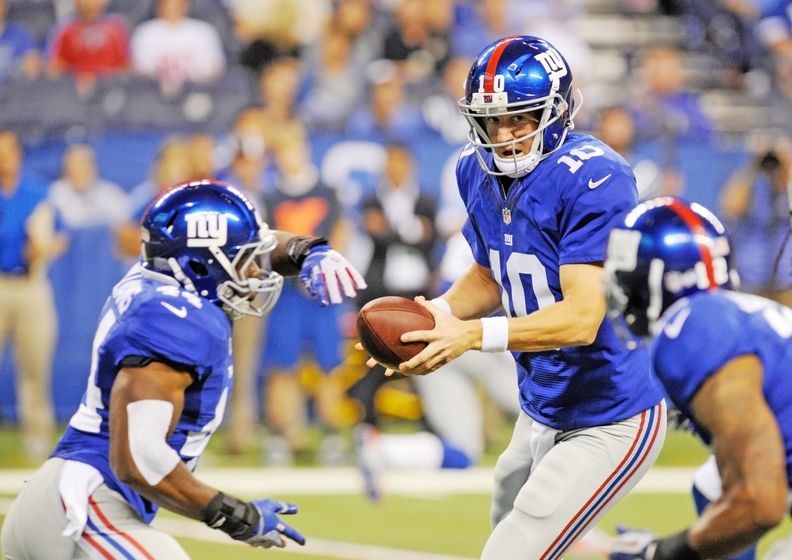 When my last report ran, the New York Giants were 3-2 and things looked on the upswing in East Rutherford, New Jersey following a strong 30-20 victory over a now much less impressive Atlanta Falcons. But what a change a month can make and at the halfway point in the 2014 campaign, the Giants have been pummeled in three straight games and have fallen to 3-5 on the year. Despite a brief breath of optimism, the roller coaster ride has continued for Big Blue and with their most challenging portion of the schedule over the next three weeks, the team is going to need to work quickly to patch up a group that seems to be sprouting leaks from every side.

We waited patiently for first round draft pick Odell Beckham Jr. to suit up for the first time this year and join a stable corps of wideouts- only to lose Victor Cruz for the season with a career threatening knee injury. We watched as running back Rashad Jennings seemed to become the yard gobbling machine that we had hoped- only to watch him go down with a knee sprain that has prevented him from playing in each of the team’s last three games and counting. We annointed tight end Larry Donnell the second coming of Mark Bavaro only to watch him disappear for much of the last four games amid a fog of drops, fumbles and ineffectiveness. 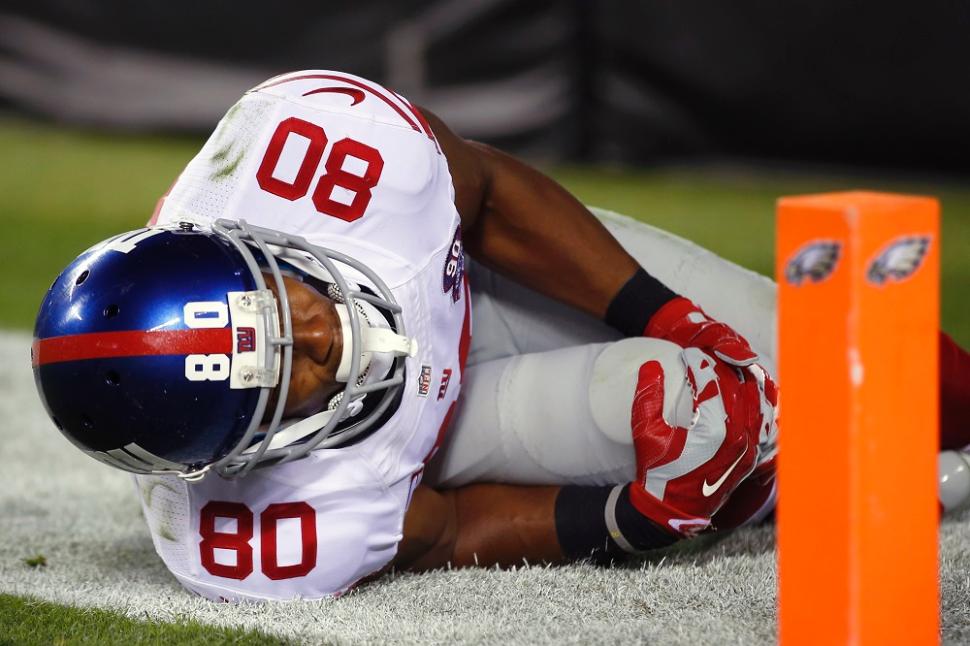 After eight weeks of play, it’s fairly obvious to even the most untrained eye that the New York Giants remain an inconsistent and unbalanced football team. Offensively, quarterback Eli Manning looks poised for his finest season as a signal-caller yet- and still, the team only seems to score touchdowns when the games are already out of reach. Though the offense isn’t always getting blanked, the defense hasn’t held up its end of the bargain punctuated by Monday night’s fresh 40-24 throttling by the Indianapolis Colts that makes the score sound much closer than the game tape showed.

Though injuries are a big part of a team’s success year after year- there aren’t reinforcements on the way back that are likely to salvage what appears to be another lost season in New York. Prince Amukamara is now gone for the year joining Walter Thurmond III, Trumaine McBride and Jon Beason among the 11 players lost on the defensive side and Jennings is likely to return over the next few weeks- matchups against the Seahawks, 49ers and even the Cowboys are among some monumental challenges that the Giants will face in running the ball. Unfortunately for the team, the schedule softens at a time that’s probably far too late in the year for the Giants to make much headway in a division where the Cowboys and Eagles have proven to be ensconced as its frontrunners. And if head coach Tom Coughlin and offensive coordinator Bob McAdoo don’t figure out a way to right this ship and put some points on the scoreboard, the result is likely to be terminal for both. With the likelihood of a fifth season out of the playoffs over the last six- and a second consecutive record of under .500- not even the team’s end of season heroics will be able to salvage the respected coach this time.  It’s hard to be a football fan in this town right now.