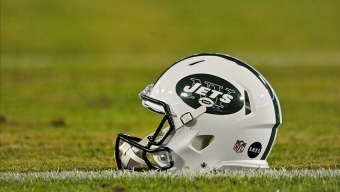 LocalBozo.com’s special beat reporter Jordan Rubenstein will be covering the New York Jets all season long, with quarterly season recaps about where the team is headed. We’ll also have reporter Tim Sachs tackling the New York Giants head on as we bring you all local NFL coverage heading to the upcoming ‘Big Game’ held at MetLife Stadium in 2014. We look back at both teams’ first quarter season of play and ahead to what the remainder of the season holds in store. 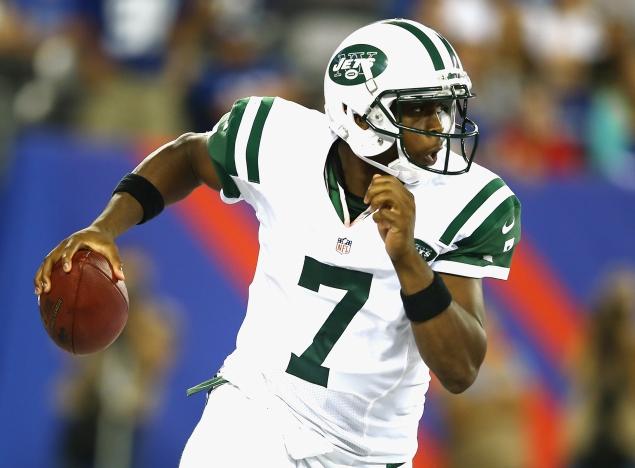 Regardless of how Jets’ fans feel about the first four games of their team’s season, one thing is for sure: at least they’re not the Giants. Beyond that though, all excitement and enthusiasm should be subdued. Sure, the Jets have split their first four games, but without the most bonehead of bonehead plays by Tampa Bay Buccaneers linebacker Lavonte David in the opener, the Jets would be sitting at 1-3 with a tough stretch on the horizon that includes road games against Atlanta and Cincinnati as well as home games against currently unbeaten New England and New Orleans.

On the positive side, the Jets defense has held up its end of the bargain for the most part. Yielding the second-fewest yards per game in the league at a stingy 283, the David Harris-led unit has kept its team in each game with the exception of this past Sunday’s disaster in Tennessee. However, the blame here falls more on the shoulders of their rookie starting quarterback than on their defense. More on that shortly. The primary concern with the Jets’ defense is their inability to create turnovers. With an offense as pitiful and turnover-laden as the Jets have, the defense needs to not only make stops with regularity, but capitalize on short fields and generate points off of multiple turnovers. The defense almost needs to act as the ignition for the offense and put their counterparts in a better position to succeed.

Is that fair to expect? Of course not, but that’s the only chance the Jets have to keep this season on track and not find themselves in a 3-6 hole before their week 10 bye. There surely won’t be a mutiny in the Jets locker room even as the defense grows tired of carrying the offense on its collective back because there’s no way standouts like Muhammad Wilkerson and Dawan Landry did not see this coming no matter how much the team would have you believe otherwise. All the defense can do is try to keep the offense in games and hope for the best. They know that as well as anyone else.

The prevailing issue, as expected going back to last season, is the offense. When talking about the offense, even the most casual fan knows where it all begins and ends: The quarterback. And the Jets’ quarterback is terrible. Like his predecessor Mark Sanchez, Smith started well enough, but has now started to regress. Not just regress, but look lost, confused and in over his head. Smith held the offense together in the opener against Tampa Bay, kept the Jets in the game at New England and then played well against Buffalo. But, you know, the Bills are the Bills, so let’s take it easy with the exhilaration about that performance.

Then Sunday happened. Four turnovers that led to 28 points.

Call it a team sport if you like, but there’s an instance of one guy solely affecting the outcome of a game; just not in the way one would hope. And the defenses that are coming down the pike won’t be any easier for Smith to figure out and escape. Meanwhile, at running back, there’s only so much Bilal Powell can do even with a solid start to his season, averaging 4.4 yards per carry, putting him on pace for the first 1,000-yard season of his young career. If Smith puts his team in a hole each week, then Powell can be Barry Sanders and it won’t matter because the Jets won’t have the opportunity to run the ball.

It also doesn’t help when your best receiver is due to miss a handful of games with a hamstring injury. With Santonio Holmes out, Smith doesn’t have a true reliable receiver to lean on. Stephen Hill has been serviceable, but it’s much too soon to label him a No. 1 wideout. And he’s also likely to miss this week’s game with a concussion. Tight end Kellen Winslow isn’t exactly in the first half of his career and is more of a security blanket than anything else in 2013, after being out of football all of last year.

So how have the Jets shaped up in the first quarter of the season compared to expectations? The record is a game better, but that’s because of a gift in the opener. Everything else has pretty much been on point. The defense has held together perhaps even better than we had imagined while the offense is weak due predominantly to an inconsistent rookie quarterback who probably deserves a benching. The fact of the matter is nothing has changed. As a team, the Jets are who we thought they were and that’s not a good thing. Things will only get worse before they get better and they won’t get better in 2013. But hey, right now, it’s still better to be Gang Green than Big Blue and it’s been a long time since anyone has been able to say that. So the Jets have that going for them, which is nice.