Filmmaker Ami Horowitz Talks the Making of “U.N. Me” with LocalBozo.com 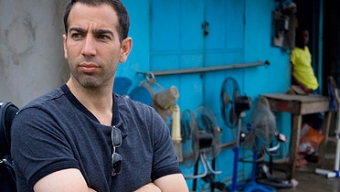 Native New Yorker Ami Horowitz led a normal life typical to other city residents. Residing in an apartment, working at an investment bank, Horowitz could have likely lived comfortably for the rest of his working life. Instead, Horowitz decided to follow the creative juices that flowed from his heart, quit his day job, and began a journey into filmmaking. The subject that allured him- the relative inaction, outright defiance, and corruption inside the United Nations, the most fundamental government run organization in the entire world. His five year journey would result in the release of documentary “U.N. Me” (PG-13, in limited theatrical release on June 1st, as well as on Video on Demand), a shocking and scathing look inside the world of the U.N.

The film, narrated by Horowitz himself, follows his travels to New York’s U.N. building, exposing some of the world’s authoritative and powerful representatives for measures of what is perhaps best described as international indifference- looking the other way as corruption was running rampant. Interviewing former U.N. employees, Horowitz pulls no punches in splicing in samples of their honest commentary with humorous takes on the gravest of circumstances, and also provides some of the more shocking images of the resulting violence amongst the innocent, resulting from U.N. futility.

As a documentary goes, “U.N. Me” is not without its own clear viewpoint. The five year period which Horowitz investigates yields some of the harshest and most intense examples of carnage and cruelty which we are led to believe is a direct result from the organization’s apathy. If nothing else, the film is captivating to its core- the very fiber of the way it is presented will at least make you think twice about the protections which seem to keep us secure, as the view of international relations proves more and more disheartening as the movie progresses. Regardless of which side of the fence you may stand on, “U.N. Me” will certainly evoke emotion from viewers- from outright anger as a result of the charges from the filmmaker to utter surprise, disbelief, and dismay that some of these antics are actually going on. Politics aside, this movie will make you think about circumstances that you likely never considered important and make you realize how much is actually going on inside the United Nations.

LocalBozo.com grabbed a few minutes with filmmaker Ami Horowitz to talk about his scathing new documentary “U.N. Me” (PG-13). Horowitz candidly discussed his decision to create the film, how shocked he was by what he discovered in the U.N., criticisms from his detractors, and so much more. The film is an incredible look inside one of the most fundamental international organizations and Horowitz, despite his clear viewpoint, takes you as close to inside the United Nations as possible.

“U.N. Me” is rated PG-13, created by Ami Horowitz, has a runtime of 90 minutes, and is in limited theatrical release and on Video on Demand services everywhere on Friday, June 1st. 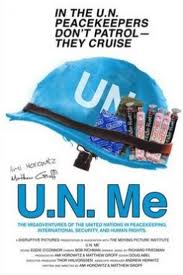