The Daily Show: The Only True Fair and Balanced News Reporting

Everything Else Random Thoughts — 03 November 2010 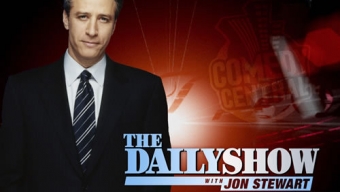 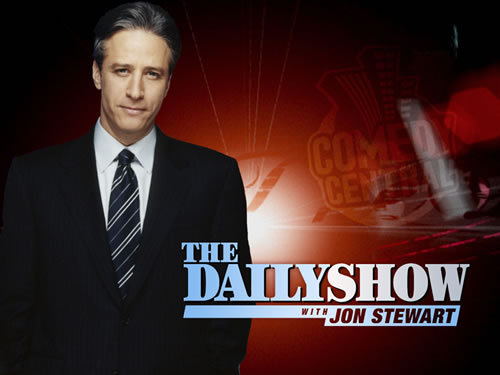 The 2000s have been a critical period for the world of television news. One-time traditional news giants like CNN have seen their ratings diminish over the past decade as newer opinion-based journalism type juggernauts like The Fox News Channel and MSNBC have emerged. Regardless of your political affiliation, clearly these talking head types have become the new standard for news reporting.

In the late nineties Comedy Central launched a program called, “The Daily Show,” which was to be the network’s version of Saturday Night Live’s “Weekend Update” segment. The original host was Craig Kilborn, who infused his sarcastic sense of humor with stories based purely on celebrity or “weird” news. The Kilborn hosted Daily Show lasted until 1999, when he left for a late night stint and was quickly replaced with standup comedian, Jon Stewart.

Unbeknownst to Stewart at the time, but his takeover of the thirty minute comedy-news variety show would begin to usher in a brave new world of reporting. In the same year that Stewart began his turn as host, President William Jefferson Clinton was embroiled in a certain sex scandal leading to his impeachment trial. Being at the forefront of this coverage and spotlighting much of the humor involved, The Daily Show’s coverage of this would set a course for the format they would follow still till this day: a middle ground between comedy and politics.

We all know that The Daily Show is rooted in comedy (the show does air on Comedy Central), and a lot of topics that are discussed on the program have their tongues heavily planted in cheek. But as they say, every joke does have some truth to it. When Stewart and his crew of anchors were focused on the Clinton – Lewinsky scandal, The Daily Show took what I would call, the high road. Instead of pointing fingers, and placing sensationalistic blame, the show took an opportunity to simply poke fun at everyone involved. No one was innocent, and the Daily Show offered no free passes. From Kenneth Starr’s witch-hunting of the President, all the way to Clinton himself for lying and believing he was truly infallible. Stewart and his gang shone a spotlight on the nation’s political hypocrisy.

In 2001, the events of 9/11 and The Bush Administration brought The Daily Show to the forefront of the television news machine, when Stewart appeared on CNN’s Crossfire, a debate show featuring token conservative, Tucker Carlson and liberal Paul Begala. The usual format of the show would simply be two talking heads yelling at each other for an hour to see who was right. Stewart’s showed his moxie as soon as he opened his mouth.

The hosts expected Stewart, a known humorist to come out and lightly riff on the topics in the political landscape. Instead they got the exact opposite. As soon as Stewart was welcomed to the show, he systematically began laying into the polarizing hosts. His overall gripe with Crossfire was that they were not helping, but hurting an already tenuous political situation during the Bush years. The interview with the Crossfire hosts quickly became viral. In a few words, they had their asses handed to them by a comedian. CNN was embarrassed and subsequently canceled Crossfire over the media firestorm as a result.

Jon Stewart and his Daily Show do not carry the water for any political party, although statistics show that most viewers have liberal leaning views. Yes, it is true that our current President Barack Obama’s victory in 2008 was a result of younger voters, I’m sure a good portion of which are Daily Show viewers. But if Stewart and company never skewered the President, they would be just like Fox News when Bush was in office. It would be devastating for the show because they would simply not be taken seriously anymore.

The power of the show cannot be denied. Once a correspondent on the show, Stephen Colbert has spun off his faux-conservative persona into a wildly successful spin off simply called “The Colbert Report.” Just this past weekend Stewart & Colbert joined forces to host a major event in Washington, DC, called “The Rally To Restore Sanity and or Fear.” The rally was covered by the same news media who once wrote both The Daily Show and Stewart off as simple comedians doing a comedy news spoof. The tide has turned in a major way and many Americans now only get their news from the funny guys at 11pm and 11:30pm.