Everything Else Random Thoughts — 07 September 2010 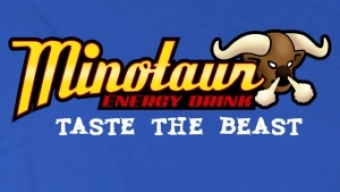 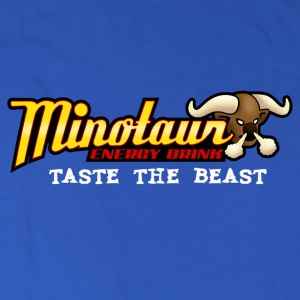 Taste The Beast!  You may remember that line from the hilarious David Wain film “Role Models.”  The movie stars Paul Rudd and Seann William Scott as two slackers who pitch clean living to school kids, while pimping energy drinks.  If you haven’t seen Role Models yet, go check it out- lots of funny there.  Speaking of energy drinks, they have become wildly popular.  The days of a coffee only lifestyle are over. Each and every one of us has a pick of the litter of hundreds of energy drinks and supplements.

The most popular and most advertised energy drink is Red Bull.  There’s no denying it’s power and great taste.  Here’s a LocalBozo.com inside tip: If you travel down to New York City’s Chinatown, you will be able to find a very rare type of Red Bull.  Upon first viewing it looks like a regular Red Bull, but in a six ounce glass medicine bottle.  Don’t be afraid of it, buy it.  It is a non-carbonated, concentrated version, and it will send you flying (Disclaimer: do not actually try and fly).

But, alas there are some other kids on the block who are giving the “Bull” a run for its money.  Here is LocalBozo.com’s list of the best energy drinks on the market today. 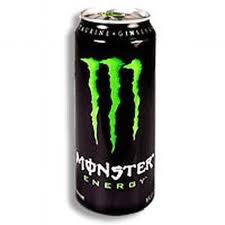 Monster Energy is known for pushing the limit when it comes to energy drinks.  They even have a flavor called “Heavy Metal,” which has a serious warning on the can.  The LocalBozo crew is partial to one of their flavors- the green flagship can.  If you have never tried a Monster beverage before, this is the one to start with my friends.  First off, it comes in a sixteen ounce can and is actually cheaper than a small Red Bull.  The flavor has a great citrusy twist, with just the right amount of carbonation to make it a pleasurable to drink.  They also have “Monster Import,” a remix of the original flavor but with more bite.  It also comes in a re-sealable can found only in Europe- hence “Import.” 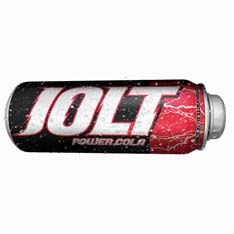 The Jolt Cola Company is no stranger to the world of high energy beverages.  Since the mid-1980’s, Jolt has produced a cola that claims to contain twice the caffeine of any other cola product.  I started drinking Jolt around seventh grade.  After school I would walk to the local 7-Eleven and grab a Jolt Cola and a beef jerky.  For a teenager, that encompasses basically all of the food groups you need.  Over time, Jolt had expanded itself beyond a simple line of cola products.  In the 2000s they created an energy gum, working collaboratively with snowboarders and other extreme sports athletes to market the product.  But in the face of other start-ups trying to take their much deserved thunder, Jolt has reinvented themselves for the energy drink generation.  In recent years they have created different energy flavors, but nothing stands out as much as their “Power Cola.”  The cola packs an energetic punch reminiscent of the early drink, but this one will knock you flat on your butt, then grab you by your throat, and throw you down a flight of stairs.  The caffeine overload is still there, but they have added taurine, a very popular energy drink ingredient that is actually an amino-acid that may improve athletic performance.

This little drink has been sold to the general public as a kind of health food supplement.  I am not quite sure if the FDA has chimed in on this claim or not so I will hold my tongue here.  The thing that makes this drink unique is its size.  At two fluid ounces, it is truly the smallest energy drink on the market.  But don’t let its size fool you.  We recently sampled this little gem- one of our members downed the entire shot in one gulp. He experienced a near instantaneous spark of energy, including everything from talking at a rather fast pace and walking quite briskly where ever he went, nothing out of the ordinary, but the impact was almost immediate.  We recommend that if it is your first time trying the “Five Hour Energy Shot,” you should start by only drinking half the bottle and seeing how you feel. The little guy packs a punch, and that’s no jive.

There you have it; three excellent, albeit different choices for your energy needs.  But what kind of people would we be if we didn’t provide you, our loyal reader, with a word of warning.  It is always recommended that you do not exceed the limit listed on each of these companies’ product labels.  We agree with them, these things will sneak up on you.