No Sign of the Good Guys in ‘Take Care’ 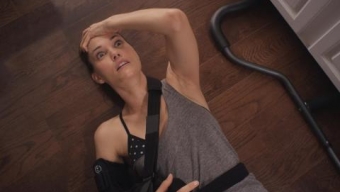 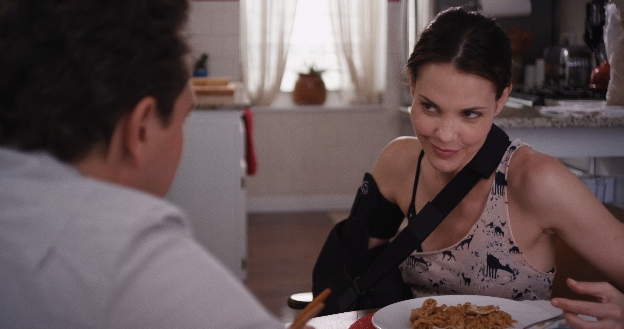 The little known cast that surrounds actress Leslie Bibb (“Talledega Nights: The Legend of Ricky Bobby”) in her first leading role actually lifts the 93 minutes of “Take Care” (NR) beyond the shackles of the film’s hard-to-believe premise. Despite the charismatic personalities that shine though, we’re left with a film that is bereft of main characters to root for and as a result there’s simply not enough substance to elevate this romantic comedy much past ‘meh’ status.

The story follows Frannie (Bibb), a thirty-something female living alone in a small New York City apartment where she’s in the early stages of recovering from being struck by a car. Once realization sets in that she’s unable to rely upon those closest to her to help out with the most menial of day-to-day tasks, Frannie turns to her ex-boyfriend Devon (Thomas Sadoski), who’s just struck it rich with a $6 million app sale to Yahoo!. Citing the fact that Frannie had nursed Devon through years of colon cancer treatments only to be dropped once he recovered, Frannie guilts Devon into caring for her every day until she can ‘take care’ of herself. Despite their initial aversion to each other, the pair seems to re-ignite their old flame with one main problem: Devon’s girlfriend Jodi, the film’s true highlight played by Betty Gilpin (Nurse Jackie) is very much in the picture. 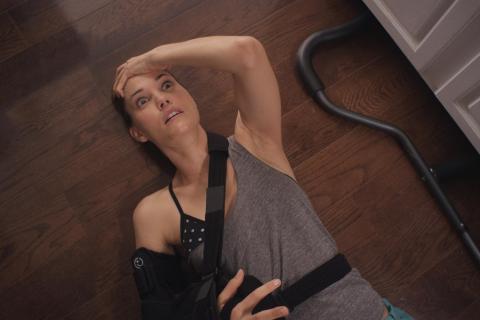 We’re introduced to Devon initially as ‘The Devil,’ which makes the playful scenes between Sadoski and Bibb fairly difficult to stomach. She’s injured and heartbroken, yet all of the important people in her life simply don’t have the time or the will to care for her (nobody to root for!) and as a result she turns to the one person who’s inflicted more hurt on her than the driver that hit her ever could. And by re-falling for him she’s simultaneously inflicting that very same pain on the likable Jodi! Once you also consider the irritating neighbor who conveniently is also good looking and single yet still insists on being standoffish and playing his music at annoying levels- we’re left without a horse in the race.

While “Take Care” certainly offers up some chuckles, there were hardly many laugh out loud moments. And a film dubbed a ‘Rom-Com’ that isn’t necessarily funny should at least deliver some relatable characters that you can sympathize with and/or care about. The characters here seem to breed upon similar selfishness and perhaps that’s what continually draws Frannie to Devon and vice-versa as the film progresses. Unfortunately, with nothing left to root for and not much to laugh at, we’re left with a film that’s cute- certainly watchable for both sexes- but that’s about all.

Â â€œTake Careâ€ starring Leslie Bibb and Thomas Sodoski is not-rated, has a runtime of 93 minutes, and is in theaters Friday, December 5th. 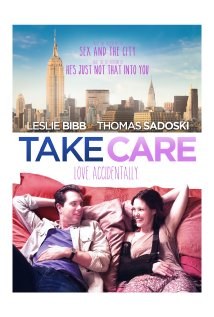