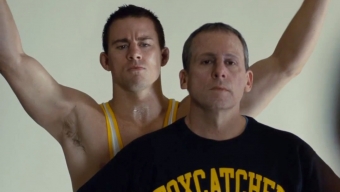 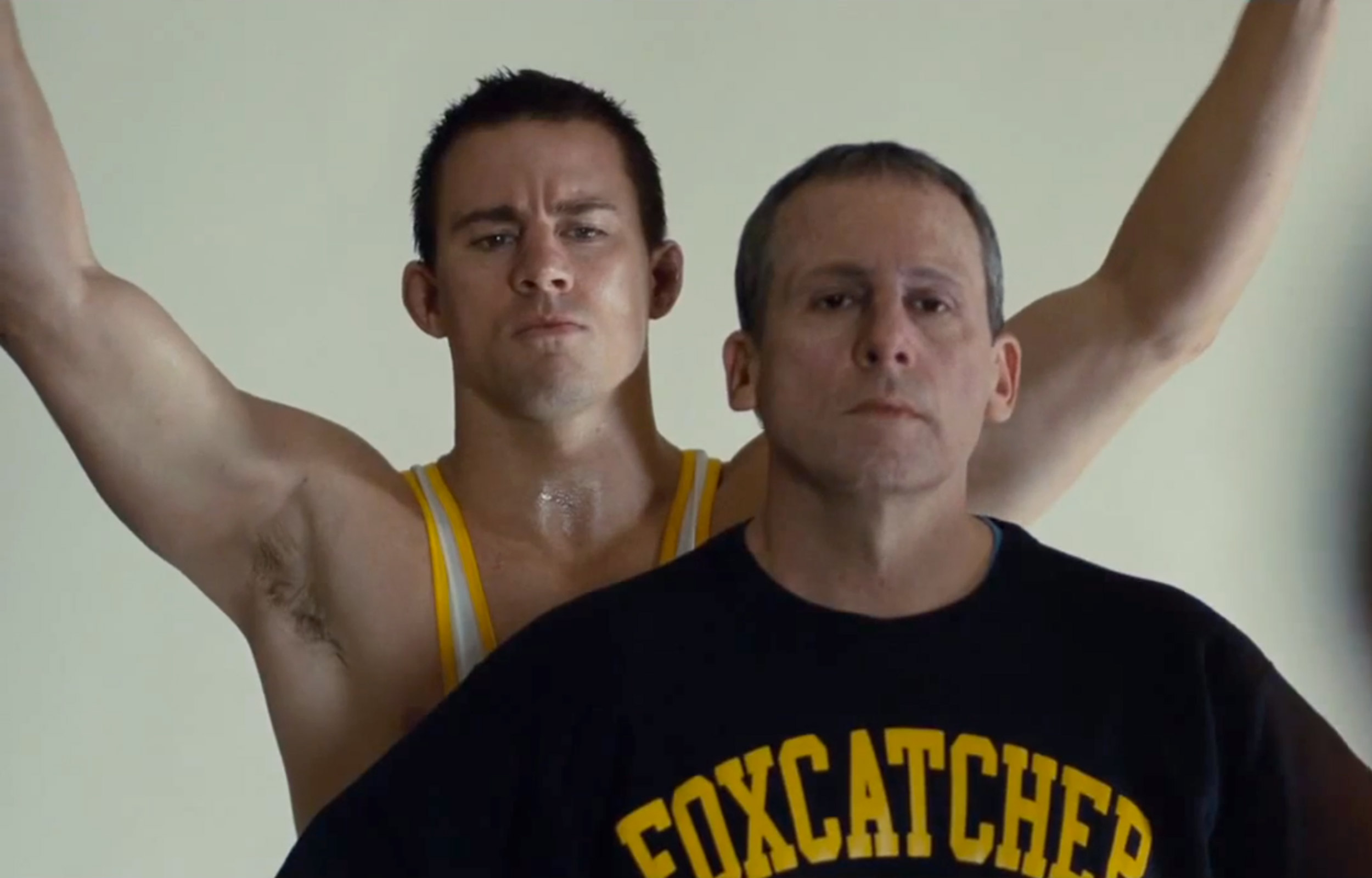 It’s Steve Carrell‘s most noticeable attribute and yet most of the buzz that surrounds his latest film “Foxcatcher” (R) revolves around the fact that it’s shrouded by a prosthetic. Though Carrell’s nose is strangely covered by makeup in his portrayal of John du Pont, it’s that layering that allows you to forget about his days as the bumbling Michael Scott and Brick Tamland and get lost in the eerie creepiness that pervades his newest role.

The film, based on a true story, follows the amateur wrestling ascension of the Schultz brothers- Mark (Channing Tatum) and Dave (Mark Ruffalo). Dave, the more revered of the two, has mentored his younger brother throughout their lives together and continues to do so despite being settled down with a family. Mark meanwhile is lost outside of his training and when approached by du Pont about relocating to Foxcatcher ranch and building out a wrestling team to train for the 1988 Olympics- an opportunity that seems too good to be true- he jumps at the chance to establish himself outside of his brother’s shadow. As his relationship with the wealthy du Pont grows closer, it’s clear that something is suspect and the opulent life that’s been offered to Mark has more conditions than du Pont’s simple philanthropy.

With his seemingly endless bankroll and a relentless pursuit of appeasing his own mother, du Pont’s strange, child-like behavior is unearthed with almost sexual overtones throughout the film. We’re left waiting to understand du Pont’s motives- his need to be recognized as a leader despite his inability to add much to the mix of the growing team. It soon becomes clear that all along, du Pont’s been using Mark to attract the superior Dave to join his team and the conflict between two of the three adds an uncomfortable element to the film at all times. The story devolves in startling fashion as film-maker Bennett Miller (Capote, Moneyball) utilizes the real life story’s main components to chillingly concoct a tale of opulence versus necessity and inherited wealth versus family in a method that is interesting and captivating throughout.

Tatum and Ruffalo to their credit deliver especially strong performances, authentically re-creating the Schultz brothers with incredible amateur wrestling realism. From their walk to their style on the mats, it’s clear that both actors spent considerable time physically training for their turns in “Foxcatcher” with Ruffalo the soft-spoken father figure to Tatum, the younger more physical brute of the two. Carrell as mentioned steals most scenes in which he appears because those unfamiliar with the story will spend much of the film trying to identify where “Foxcatcher” is headed in the attempt to uncover what du Pont has to gain with his involvement with the United States Men’s Wrestling Team. “Foxcatcher” is very often uncomfortable and undeniably strange, but the performances of the three lead actors lift an otherwise slowly moving film to awards-worthy buzz based on their collective believability amid a pervasively puzzling setting.

“Foxcatcher” starring Steve Carrell, Channing Tatum and Mark Ruffalo is rated R, has a runtime of 134 minutes, and is in limited release now. 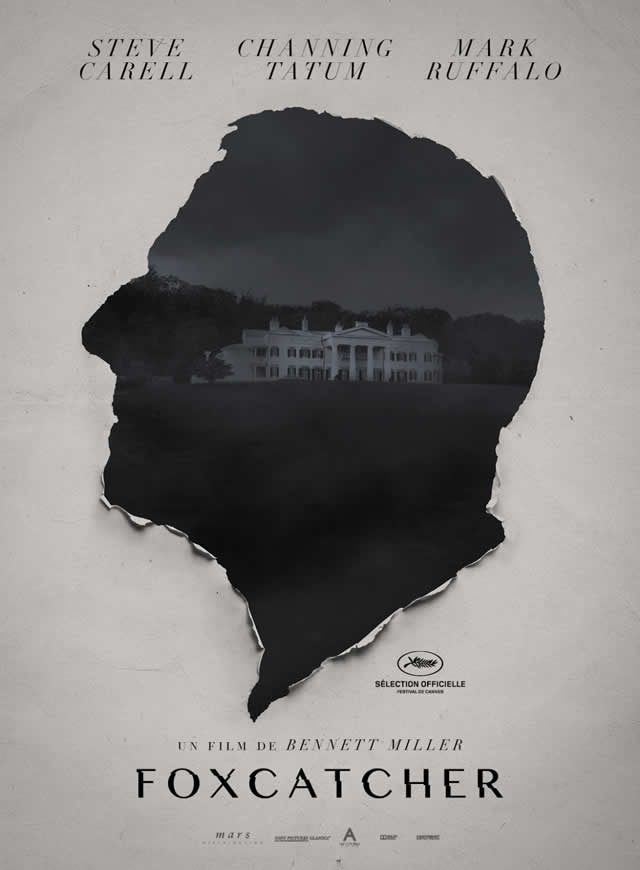