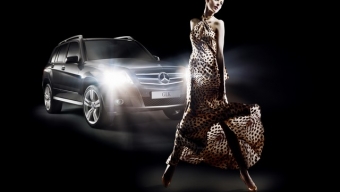 Arts & Culture
Saturday, September 7th – How’s this for culture? Coney Island is hosting a ‘Beard and Moustache Competition’ on Saturday afternoon. Prizes go out to the best and worst real and fake moustaches but there’s also live music and performances to keep everyone entertained whilst staring at a stranger’s face. (Moustache and Beards)

Saturday, September 7th – Sunday, September 8th – The Paley Center for Media hosts a pretty awesome experience free of charge. Previews of all the fall shows across every network will be shown in advance of their premieres. Take a look at everything pilot season has to offer before your idiot friends! CBS, Fox, ABC, NBC, and the CW are all participating. So spend a few hours watching the upcoming dramas and comedies sure to be making everyone talk in your office. (Fall TV Preview)

Sports
Friday, September 6th – Sunday, September 8th – That other sport might be returning this weekend, but America’s Pastime is still in full swing. And what a weekend to be a sports fan as the Boston Red Sox head to Yankee Stadium for a 4 game set with the Bronx Bombers. The series got off to a fiery start in Game 1, but Mo Rivera and the Yankees are poised to make a dent in the Sox’ surprising playoff hopes. One thing is for sure, the September sports calendar is feels as hot as ever. (Yankees Tickets)

Sunday, September 8th – Part of the beauty of football season is the ability to catch so many games. Well in the NFL’s opening weekend, Sunday captures that essence entirely for New Yorkers. The action begins at 1pm as the Jets host the Tampa Bay Buccaneers in their 2013 home opener. Darrelle Revis returns to New Jersey for the first time since leaving the Jets in rookie quarterback’s pro debut with the team. Jets tickets are available here. (Jets Tickets) And best of all, on the way home from the game, you won’t have to miss any of the Giants game, which begins on Sunday night at 8:30pm against the rival Dallas Cowboys. Whether at home or in a bar, this is the weekend for all NFL fans and especially for New Yorkers.

Music & Entertainment
Friday, September 6th – Movie release day. Quiet night tonight? Check out the films opening this weekend. This weekend’s big opening sees the return of Vin Diesel in “Riddick” (R). It’s a two hour action fest that features the baritone star alongside Karl Urban in a violent run against alien survival. It’s available in iMAX as well, for that full experience. Hey, “One Direction: This is Us” is still out.

Friday, September 6th – Sunday, September 8th – Fortunately while summer has ended, the concert scene in New York has not. Friday and Saturday, catch Passion Pit performing at Pier 26 at Hudson River Park. Meanwhile, the sounds of Depeche Mode come to Brooklyn’s Barclays Center Friday, before it’s overtaken by the guys from Fall Out Boy on Saturday night. Speaking of Saturday, check out pop star Cher Lloyd as she takes over the Times Square stage at the Best Buy Theater. Finally we cap the weekend off on Sunday night, fittingly in Williamsburg at the Music Hall with the soothing vocals of Laura Marling. Like I said, it’s a big weekend.

Nightlife
Friday, September 6th – Saturday, September 7th – Jeez, the Electric Zoo fallout was pretty horrific for many of us – including our parents. Believe me, I’ve been warned about doing molly all week long. So instead, why not check out all the goings on at New York Fashion Week going down all weekend long. From the 5th thru the 12th, the Mercedes Benz Fashion Week rolls through Manhattan showing off what’s coming up in spring 2014. (MB Fashion Week)

Other
Saturday, September 7th – The weekend’s biggest eating scene goes down in Red Hook Brooklyn as the annual Pig Island food fest pairs unlimited pours of beer with more than 25 different chefs, slicing up 80 perfected pigs. It’s a treat for eaters from snout to tail, courtesy of chefs from JoeDoe, Kuma Inn, Jimmy’s No. 43, Hecho en Dumbo, Palo Santo, Fletcher’s BBQ, and many more. Plus wines and ciders and a waterfront view? Where do you think you’ll find us this weekend? (Pig Island Tickets)