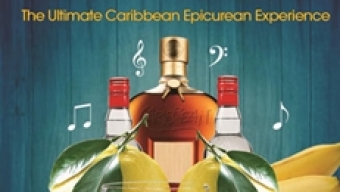 Saturday, June 8th – The Women & Fashion Film Fest brings together members of the fashion, entertainment, and media industries. The beautiful part about this event is that it is so much more than just a film festival. A conference will also be held to spark discussion on issues affecting women. (Woman & Fashion Film Fest)

Saturday, June 8th – Sunday, June 9th – Today’s game has already been canceled due to this storm. But we have hope the rest of the weekend will be ripe for some great Mets Baseball in the summer heat! Make your way to Citi Field to see Queen’s finest take on the Florida Marlins. (New York Mets)

Friday, June 7th – Movie release day. Quiet night tonight? Check out the films opening this weekend. Vince Vaughn and Owen Wilson return to the well eight years after making the mega hit comedy, “Wedding Crashers” playing two down on their luck guys seeking a second chance in business in, “The Internship” (PG-13). Can these two comedic leading men catch lighting in a bottle once again? Google sure hope’s so. On one night in America all crime is legal during, “The Purge” (R). Ethan Hawke and Lena Headey star in this futuristic take on our current paranoid society. It’s a horror-thrilled hybrid that is sure to turn a lot of heads and rip them off!

Saturday, June 8th – Leave your tuxedo and gown at home! This is a different type of Governors Ball all together!  Head to Randall’s Island all weekend to rock out, and groove to one of the best line ups of all the summer music festivals. Throughout the weekend by blown away by Kanye West, Kings of Leon, Guns ‘n Roses, Animal Collective, Pretty Lights, Of Monsters And Men, and many more! (Governors Ball)

Friday, June 7th – We’ve heard of a night at the museum, but this is ridiculous. Ridiculously awesome that is! The American Museum of Natural History’s, “One Step Beyond” party series concludes its sixth season with DJ sets by headliner Q-Tip, Nickodemus, and DJ Eleven, in the Dorothy and Lewis B. Cullman Hall of the Universe. (One Step Beyond)

Friday, June 7th – LocalBozo.com is proud to be the media sponsor of the highly anticipated “Rum & Rhythm Benefit & Auction.” Tonight head to the posh space at Tribeca 360 and be prepared to be whisked away to the Caribbean for a high energy evening of rum loaded cocktails, rhythmic music and a one-of-a-kind auction event! All of this celebrating will benefit “The Caribbean Tourism Organization Foundation” which provides scholarships and financial assistance to Caribbean nationals interested in pursuing studies in tourism and hospitality, and also supports employees wanting to improve their foreign language skills. (Caribbean Week NY)

Saturday, June 8th -  Sunday, June 9th – Can you believe a year has gone by this fast? Lucky for you  the “11th Annual Big Apple Barbecue Block Party” kicks off tomorrow! One weekend a year, New York City’s Madison Square Park is transformed into a barbecue heaven, with Pitmasters representing smoked meats getting tons of love. From Jim Hagood of Charleston, South Carolina’s own “BlackJack Barbecue” to ‘Que champ Mike Mills of Las Vegas, no pig is left unturned. Don’t worry, the hometown crowd will be well represented with John Stage holding down the “Dinosaur Bar-B-Que” smoker and Charles Grund Jr. manning the “Hill Country” sauce brush! If you haven’t attended before prepare for a crazy good time, but one with waits for these mouthwatering delights. (11th Annual Big Apple Barbecue Block Party)