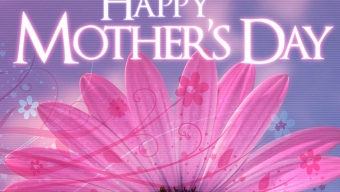 Saturday, May 11th – Roof Top Films kicks off a full summer of cinematic fun this weekend with the sneak preview of, “Frances Ha” the new film by the collaboration of Noah Baumbach and “It Girl” Greta Gerwig. Besides the film, eventgoers will have plenty of free drinks throughout the night!

Saturday, May 11th – You’re young.  You’re single.  You need a date.  Let’s work together.  Head to the M1-5 Lounge tomorrow night for the Minds Matter Date Auction.  Tickets are just $20 and you get drinks, live music, and an interactive auction which may or may not include your future Mr. or Mrs. Something or other.  It’s not yet summer and you don’t have much going on otherwise, so go meet some people in the flesh. (Date Auction)

Saturday, May 11th – You’ve heard all about it here and now it’s time to meet us out as LocalBozo.com heads to the Boat Basin Cafe for the annual “Crawfish for Cancer” benefit.  Tons of beers and tons of boiled crawfish await you, alongside hundreds of likeminded New Yorkers at the rain or shine event.  Don your eating bib and hope the rain holds off as we imbibe in style, for the benefit of a truly special cause.  (Crawfish for Cancer)

Sunday, May 12th – Mother’s Day Schmother’s Day.  There’s only one place to be on Sunday for a New York sports fan.  And it’s Madison Square Garden.  The Knicks are on the road and the Nets are in their beds, so strap on your blueshirts for the New York Rangers playoff hockey.  It’s home game three and the implications have never been bigger.  (Rangers Tickets)

Friday, May 10th – Movie release day. Quiet night tonight? Check out the films opening this weekend.  Turn back the clock to 1920′s New York.  The parties.  The Hats.  The Leo!  It’s “The Great Gatsby” (PG-13)…shot in Australia.  Take one of literature’s greatest works, throw in a little Tobey Maguire, Carey Mulligan, and Leonardo DiCaprio, and a sprinkle of Jay-Z to the soundtrack, throw on some 3-D glasses and sit your ass down for two and a half hours for one of 2013′s most highly anticipated films.  Also opening, “Peeples” (PG-13) starring The Office’s Craig Robinson and Kerry Washington and where-has-he-been David Alan Grier.  Man dates girl and is hesitant to introduce her to his snobbish family?  Count this guy in.

Saturday, May 11th – The Golden Furs are an extremely talented NYC band as well as good friends of LocalBozo.com. The group seamlessly fuses elements of rock, pop, and folk to create a sound you can groove to and this Saturday, you can check the boys out at the Lower East Side rock spot Fontana’s.  It’s as laid back and fun as the band themselves and if you don’t believe us then….well what are you doing reading this in the first place- do the right thing and check ‘em out.  (The Golden Furs)

Saturday, May 11th – New York’s most popular nightclub, Marquee will host the inaugural installment of BABEL NEW YORK by Wael and Orazio, a costume party bringing together a community made out of different tribes. (Marquee)

Saturday, May 11th – Are you ready to go balls out? We thought so! Luckily for you the always innovative folks at Get Real Presents are back for the “2nd Annual Beer Balls.” Long Island City’s Alewife will play host to two sessions of pure meat bliss. Ticket holders will have the chance to sample a selection of brews from the likes of, “Bronx Brewery,” “Peekskill” and “508 Gastrobrewery” just to name a few. With ale in hand, you’ll be able to walk around the amazing bar and venue sampling ten meatballs prepared by some of the best chefs in the city. (Beer Balls)

Sunday, May 12th – It’s Mother’s Day and you’re an adult. So, treat your mother to a New York City dining experience like none other! Squire the woman who gave you life to the ever popular “The Dalloway.” The restaurant will be hosting a, “Two Moms for the Price of One Brunch” to celebrate family and equality alike. All moms — sisters, daughters, grandmothers, friends, aunts and any other pairing you can think of are invited to dine together at an amazing rate. (The Dalloway)