Volbeat at the Best Buy Theater: A LocalBozo.com Concert Review 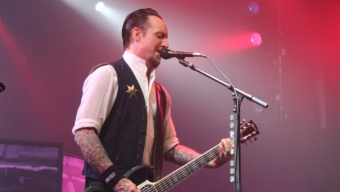 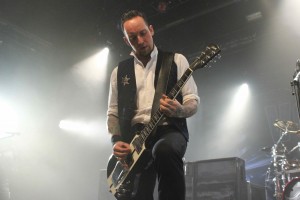 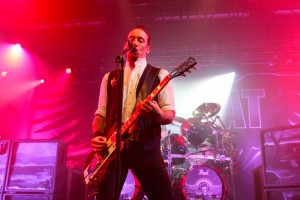 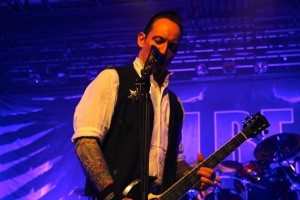 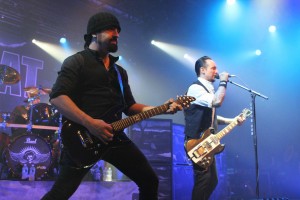 It seemed only fitting that on the hottest day of the calendar year thus far, a collection of hard rock’s most vociferous fans would pack their way into the Best Buy Theater on Tuesday night celebrating the arrival of Danish metal band Volbeat. As temperatures inside swelled amongst the sold out crowd, few seemed to mind during the ninety minute non-stop release of energy brought out by the band’s highly entertaining set. And on the very day they would release their fifth album, “Outlaw Gentlemen & Shaky Ladies,” the show would rival any record release party in recent memory, punctuated by a rabid New York City audience.

Despite the band’s thrashing guitar riffs and highly energetic live performance, Volbeat is more conceptually a metal outfit than in reality. The band’s early influences like Johnny Cash and Elvis Presley bleed from every show delivered by a four piece that seems more focused on melodic verses than on pounding their skulls. But that’s not to say the band has all but ignored its heavier rock brethren either and it’s this musical hybrid that makes Volbeat so virtually unique. Their similarity to bands like Metallica can hardly be ignored- from sound to stage presence. Behind each drumstick smash and tasty lick lies the band’s identity, trademarked by frontman Michael Poulsen’s signature vocals- deep and bellowing and truly distinctive for any genre. 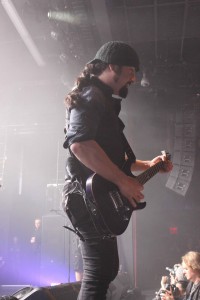 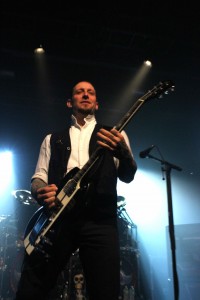 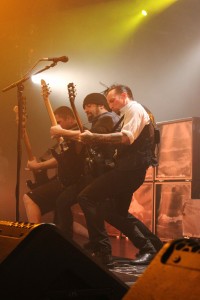 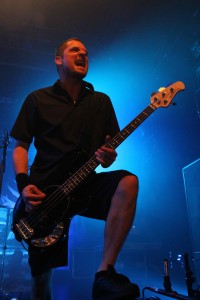 With new lead guitarist Rob Caggiano (former Anthrax) now fully ingratiated, the band’s lineup proved to be complete and tight as ever on Tuesday night, quickly pushing through song after song effortlessly. More importantly however, the band genuinely seemed to be having fun up there, which they certainly shared in common with the swarms of people inching closer to the stage below them. “Hallelujah Goat” kicked the show off with a fury following a lengthy musical interlude that brought the band out to center stage. Following a particularly rousing version of the band’s hit “Heaven nor Hell” which the crowd literally exploded for, a Johnny Cash tease into “Dead Man’s Tongue” delivered an acoustically driven live track with a distinctive metal twang that ranked amongst the show’s finer moments. 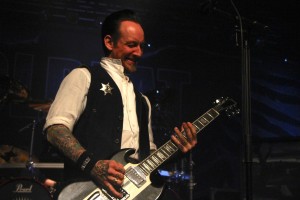 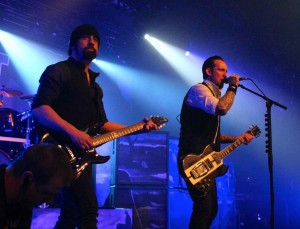 For much of the show, the back of the floor area was a full on moshpit with almost the entirety of the standing room only space going absolutely bonkers. Crowd surfers mashed into the backs of people’s heads below them as security guards in the photo pit struggled to bring them to safety. In perhaps the strangest turn of the night, Poulsen encouraged the ladies in the crowd to jump atop men’s shoulders during an fast-paced rendition of “16 Dollars,” which saw overweight shirtless fans pounding into each other beneath the shadows of women gyrating and flashing metal horns slightly overhead. After more metallic teases of Slayer and Judas Priest, and a cover version of The Misfits’ “Angelfuck,” the band truly buckled down with “A Warrior’s Call” being the antagonistic rallying call for the fans and set closer “Still Counting,” which was the band’s most fluid performance of the entire evening. By the time the infectious encore of “The Mirror and the Ripper” and the unbelievable “Fallen” were dialed up, the fans had reached a frenzy. And the fun cover of Young the Giant’s “My Body” only sent us over the top before concluding the relentless set, sending us back out into the warm New York evening, which still wasn’t as hot as Volbeat was on this night. 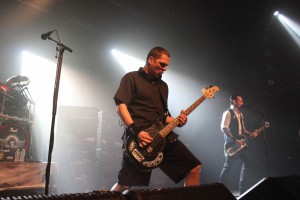 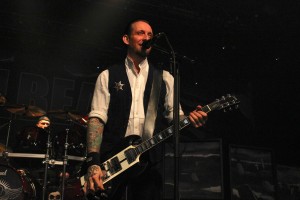 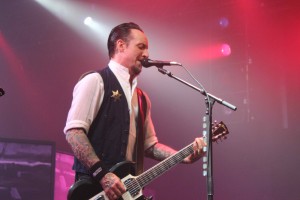 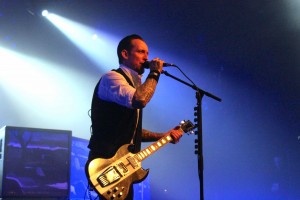 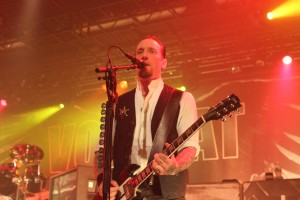 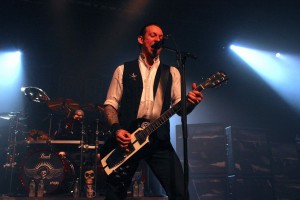