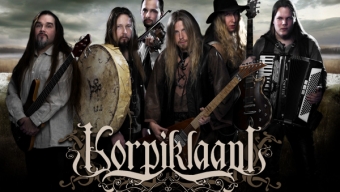 Friday, September 21st – Even though LocalBozo.com chooses never to take a political stance on either side, we still love great expression through art. Leonard Street’s Gallery 69 will hold, “Art for Obama”  – A Fundraising Graffiti Art Auction for the Obama Campaign. The event will feature graffiti legends tagging the iconic portrait rendering of President Obama on canvas by Shepard Fairey which helped launch Obama into office.  (Art for Obama)

Friday, September 21st – Sunday, September 23rd – Jeter and the Yankees are in prime form as they enter a three game series against the Athletics’s this weekend at home. Sabathia will be facing Oakland’s Park in Friday’s pitching match-up.

Friday, September 14th – Movie release day. Quiet night tonight? Check out these two flicks coming out today. The two top movies coming out this weekend were already awarded the LocalBozo.com seal of approval. We love them, and highly recommend them to you for weekend viewing. First off, Karl Urban seamlessly replaces Sly Stallone in, “Dredd 3D.” This film is insanely violent, smart, and extremely entertaining. It also stays very true to the comic it’s based off of, which makes fickle fan boys quite happy. Next up, Jake Gyllenhaal and Michael Peña breath life back into the gritty buddy cop drama in, “End of Watch.” Either way you go, you’re set with these two cool flicks.

Saturday, September 22nd – Masters of boozy sea shanty metal, Korpiklaani are hitting the Gramercy Theatre stage Saturday night. These European headbangers are breaking down barriers by infusing accordion and violin into their already unique sound. Before you head over be sure to check out the song,”Vodka.” It’s insanely catchy! (Gramercy Theatre)

Saturday, September 22nd – Tammany Hall will be dancehall center when Powerslug Presents: Viceroy and J Paul Getto! These two artists will set the Lower East Side scene ablaze with their signature nu-disco flavor. Arrive early, and party all night! (Ticketweb)

Saturday, September 22nd – Bummed you didn’t make it to Germany for Oktoberfest? So are we. Well perk up quickly because this Saturday through October 7th you can experience this celebrated beer soaked event right here in NYC! Head to One Penn Plaza for German beer & food menu, celebrity hosts, designer runway shows, music performances, film screenings, world-renowned chef tastings and a ton more. (Oktoberfest NYC)