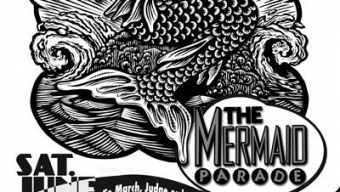 Saturday, June 23rd – Want to beat the heat and get your culture on at the same time? Well look know further then the Big Back Room Gallery’s latest exhibit, “Expressions On The Wall.” This first collaborative effort of NYC-based artists Barbara, Bhanva, Pavida, Preet and more who will showcase a collection of Pastel, Acrylic,Oil and Chalk heavily influenced by rendition,surrealism and fantasy. (Stone Creek)

Friday, June 22nd – Sunday, June 24th – After a long hot week, we all deserve a Subway Series right? Fortunately your New York Yankees will be heading to Citi Field once again to challenge the Mets to a best of three series starting tonight (bearing a storm). The stellar pitching match up sees Yankee’s legend Andy Pettitte taking on Niese. (New York Yankees)

Friday, June 22nd – Movie release day. Quiet night tonight? Check out these two polar opposite releases coming out today. If animated fare is what you like then check out, “Brave” (PG). The story follows Merida, an aspiring archer and impetuous daughter of royalty. The Scottish themed flick features the voices of Emma Thompson and Billy Connolly. What did our sixteenth President do with his spare time? Maybe, “Abraham Lincoln: Vampire Hunter” (R) can answer that question. The retelling of history has the Tim Burton seal of approval so it could be worth seeing. If not for that, hey at least it’s in 3D. Just don’t blame us if these both stink.

Saturday, June 23 – Sunday, June 24th – Heavy Metal legends Metallica are not only killer musicians but brilliant promoters. This weekend marks the bands landmark, “Orion Music & More Festival” taking place in Atlantic City, NJ. The two day event will feature a variety of bands spanning several genres, with Metallica themselves headlining both days. The LocalBozo crew will be there so tweet us out and let’s party! (Orion Music & More Festival)

Friday, June 22nd – Beat the in heat in style tonight at Pacha NYC! This evening the midtown mega-club will be featuring DJs Sunnery James & Ryan Marciano. It’s free admission before midnight if your on the list. So, click the link silly! (Pacha NYC)

Saturday, June 23rd – Head over to the Arena Event Space in Times Square for the first annual Bacon Bash! Guests will indulge in bacon-inspired libations, treats and souvenirs. To satisfy every craving, vendors will offer bacon prepared in a multitude of ways from the sweet to the savory! (iAdventure)

Saturday, June 23rd – You’ve read about, and seen all the funky pictures. Now it’s time to be part of the, “2012 Coney Island Mermaid Parade!” ‘Mermaid’ is the largest art parade in the United States celebrating Coney Island pride, and artistic self-expression. It’s also one of the craziest parties you’ll experience all summer! (Coney Island)