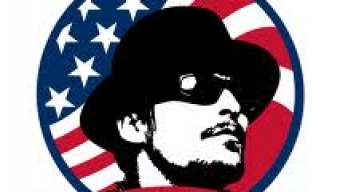 Sunday, November 20th, 7:45pm -  It’s almost turkey time so that can only mean one thing, tt’s the annual WWE Survivor Series! International movie star and WWE Hall of Famer Dwayne “The Rock” Johnson returns to New York City’s famed Madison Square Garden to team up in a one night only match up with rival John Cena to face The Miz & R-Truth! Check out all this action and some much more live at MSG or in the comfort of you’re own home on pay-per-view! ( Ticketmaster )

Sunday, November 20th, 8:20pm – The weather is getting colder, and the days are shorter. That can only mean one thing, winter has arrived! The best way to spend a cold day is with plenty of Football. Do yourself a favor and head over to Metlife Stadium this Sunday to see the NY Giants take on the Philadelphia Eagles. Both teams need a big win here, so it’s a must see game of the week. ( New York Giants )

Saturday, November 19th, 8:00pm – The Bull God himself, Kid Rock will be taking the stage of NYC’s Beacon Theater on a tour unlike anything we have seem before. Rock has assembled a team of Detroit titans to show support for other cities in need, and to show that Detroit, while experiencing it’s own difficulties still has the power to unite to help others around the country. Kid Rock, in association with this powerhouse group of local Detroit business people, will donate money to local charities, causes and individuals via the Kid Rock Foundation, all along every tour stop. ( Kid Rock Foundation )

Saturday, November 19th, 7:00pm –  You better be prepared to bang your head and get caught in a mosh when legendary thrash metallers, Obituary take the stage at Santos Party House. Obituary is known as one of the tightest metal outfits, with their crushing riffs, growling vocals, and insane breakdowns. Check them out for yourself live, but be forewarned, faces will be melted and souls will be possessed!Denial Fiend and Hypoxia will open the show. ( Santos Party House )

Friday, November 18th, 7:00 pm – The Velvet Revolution Party is an annual event organized jointly by Consulates General of Slovakia and the Czech Republic in New York, in cooperation with the Czech Center New York. The purpose of the event  is to celebrate the  fall of communism regime and the triumph of democracy in former Czechoslovakia in November 1989. Program includes: opening remarks by Consuls General of Slovakia and the Czech Republic, Free Welcome drink sponsored by Double Cross Vodka Slovakia & Dance Party by DJ Eitan Noyze. (LAVO NY)

Saturday, November 19th, 11am – Athletes of the liver will be put to their sternest test yet – traveling from the West Village to the East Village and consuming 26 beers at 26 different bars along the way. Finishing is not mandatory, participating is. Your entry fee will gain you access to 26 beers at 26 different bars set along our amazing course. It will also gain you access to a carefree, fun group of thousands of like-minded individuals looking to have a good time and make some new friends.The LocalBozo crew will be in attendance all day long. So please tweet us out, and join us for one of many pints! ( NYC Beerathon )

Sunday, November 20th, 5:00 pm -The Gay & Lesbian Alliance Against Defamation (GLAAD) along with Bud Light present the,10th Annual OUTAuction the largest and most visible art auction event in the lesbian, gay, bisexual, and transgender (LGBT) community celebrating established and emerging artists as well as recognizing GLAAD’s Top 100 Artists and our OUT in Art Award recipient. This will be an evening capturing the perfect synergy between art, fashion and interior design. (GLAAD)

And as Always, Droid users- make sure to Download the official LocalBozo.com App for FREE from the Android Market! Get all the information we can fit onto your smart phone, NOW!