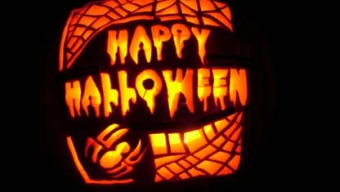 Looking for last minute, off-the-cuff Halloween Weekend plans? LocalBozo.com has got you covered. It’s not too late to figure it all out. For a glimpse of upcoming events that we’ll be covering, check out the calendar in our side bar to your right. Otherwise, here are a few highlights to check out in and around Manhattan this weekend!

Friday, October 28th- Have some different kind of fun this spooky weekend with “The Future Has Two Faces,” a benefit for Triple Canopy at 7pm featuring a series of green-screen performances organized by Cory Arcangel and Gabrielle Giattino at 7pm. ( Triple Canopy )

Sunday, October 30th- After the last pumpkin is smashed, it’s time to head across the river to Metlife Stadium. The New York Giants are in prime shape to battle the downtrodden Miami Dolphins. Nurse that post-Halloween hangover with some gridiron domination!  ( New York Giants )

Friday, October 28th- Movie release day. Quiet night tonight? Check out these releases coming out today. Johnny Depp and Amber Heard star in “The Rum Diary” (R). This boozy comedic adventure is the screen adaptation of Dr. Hunter S. Thompson’s first novel. If you’re in the mood for some futuristic action, check out, “In Time” (PG-13) starring international superstar, Justin Timberlake and Olivia Wilde. Also, If you’ve got kids, and even if you don’t, “Puss in Boots” (PG) in 3D and IMax is a must see!

Saturday, October 29th- Cruise to the Upper West Side’s Lincoln Center to view a rare screening of the powerful film “Passion of Joan of Arc” at 7:30pm. The landmark film will be paired with a new score composed and performed by Adrian Utley, of the trip-hop group Portishead, and Will Gregory, of the electronic music duo Goldfrapp, along with a choir, percussion, horns and keyboards. ( Lincoln Center )

Saturday, October 29th- This Halloween’s wildest party is sure to be Fright Night at Electric Beach at the infamous Santos Party House! Santos has been widely acknowledged as the ’best new nightclub’ and has won numerous praises for its state-of-the-art sound system and unforgettable parties. This Halloween, Santos will continue to be recognized as one of the best places to be in New York! ( Santos Party House )

Saturday, October 29th- On Saturday night only,  Madame Tussauds After Dark awakens Times Square’s restless souls for “The Haunting.” Hear the horrifying screams that never end, but no one seems to be around. See why Madame Tussauds is notorious for terrifying paranormal activity, especially at night. Is there life after dark? You be the judge. ( Madame Tussauds )

Saturday, October 29th- Follow @LocalBozo on Twitter all Saturday evening and follow us around for a masterful Halloween Bar Crawl. We’ll be tweeting from the snow/rain mesh as we hit bars with no covers and room to move all night long. We’ll be checking in on FourSquare too, so get in the know. And while we’re at it, Droid users- Download the LocalBozo.com App for Free from the Android Market!