Everything Else Films/Theater Interviews Reviews — 07 September 2011 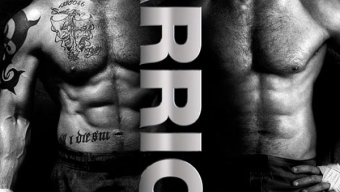 Over the course of the past 10 years, mixed martial arts have eclipsed the sport of boxing. The sheer popularity of MMA has been overtaking that of boxing in terms of PPV buy rates and popularity amongst the coveted 18-34 demographic. And with the release of Warrior (PG-13, opening Friday, 9/9) MMA has achieved another milestone: it has officially pushed aside boxing as the leader in movies about underdog fighters overcoming the odds.

Warrior has been called the MMA version of Rocky. And it is, except that there is not just one Rocky, but two. The movie is built around an MMA tournament in Atlantic City called Sparta with the winner receiving a $5 million purse. Brendan Conlon (Joel Edgerton) is an over-the-hill, former UFC also-ran who needs the money because like 23% of all mortgaged homes in the U.S., his is underwater. (An obvious attempt to entice those who have been severely affected by the recession and housing market crash to relate to the film) Meanwhile, unbeknownst to Conlon, his kid brother and former Marine Tommy Conlon (Tom Hardy) enters the tournament as well. He has motivations of his own to win the purse, having pledged to help the wife of a fellow soldier who had died in battle. Brendan is a veteran, a technically-sound submission specialist, while Tommy is an intense brawler who decimates his opponents and usually wins by knockout. They begin in opposite brackets in the tournament, but with a slogan of “Family is worth fighting for,” who do you think is going to meet in the finals? Although the final wrinkle dropped into the tournament is Koba (Kurt Angle), the dominant, undefeated, modern day Ivan Drago, imported from Russia specifically for this tournament as the odds on favorite- his fighting style so realistic that it seems unfathomable that he would be bested in any contest. That is, until you get a grasp for where the film is headed.

Notwithstanding the relative predictability of the matches leading up to the final, along the way Warrior delivers some realistic MMA fighting that is guaranteed to make your palms sweat. In addition you really feel for the grizzled old father of these two brothers, Paddy Conlan (Nick Nolte) a star amateur coach whose previous transgressions as an alcoholic have resulted in his family being torn apart- for which both his sons remain intensely unforgiving.

But the most interesting dynamic of the film: which brother are we supposed to root for? The theater appeared to be split 50/50. The case for Brendan is pretty straightforward: he is a family man who needs the money to keep his house and family intact. Tommy, on the other hand, is much more complex. While fans will be drawn to his intensity, perfect win-loss record in every fight and wrestling match dating back to childhood, and his sheer dominance in the ring, he is also extremely damaged from family turbulence early in life. So hostile does he behave toward his father and Brendan in several scenes that I began wondering if he is in fact the film’s villain. This ambiguity was really the only cerebral aspect of a movie that is what it is: a modern-day Rocky that tries to capitalize on the recession and the current popularity of MMA.

Despite its predictability, Warrior encompasses the spirit of some of the greatest fighting movies made in the last two decades with some of the most authentic MMA fight scenes ever created. The theater going experience is recommended for this film especially because it offers the camaraderie of joining fellow movie-goers in cheering with every punch, kick, and tap-out almost like attending a live sporting event. With a film that captures the true essence of the flourishing sport of MMA, Warrior stands victorious. 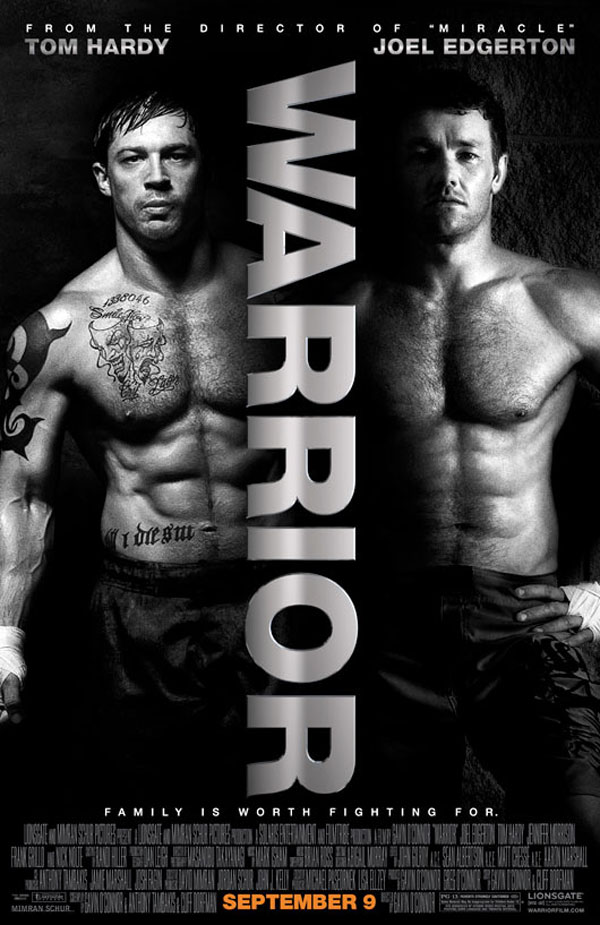