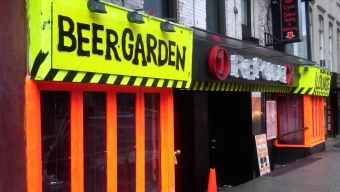 Update: Sometimes we at LocalBozo.com get things wrong and need to be corrected. Today we stand before you with hat in hand, apologetically for delivering information that was inaccurate. After covering Hoboken’s newest lounge 1-Republik in our Spirits in the Sixth Borough piece a few weeks back, we noticed a new bar opening in Murray Hill with the same moniker and wrongfully assumed that the two were interconnected. While the two bars may in fact share a name, their similarities cease there.

Here is what we now know about the recently opened spot. 1-Republik in New York City officially opened on February 11th of this year. Named after the band OneRepublic, management opted to open in Murray Hill because they felt an opportunity was available in the neighborhood to escape from the sports-bar types that line 3rd Avenue. The concept behind the bar is a laid-back lounge with an east village dive bar feel- somewhere you can come after a long day for a cheap beer and just relax.

The project itself has been in the works for over a year, since the closure of Underground which unsuccessfully occupied the same space. When the perfect location and timing managed to align, the opportunity seemed right to seek out the space, which includes an outdoor patio area for when the weather thaws.

So to reiterate, we stand corrected and the bar has no affiliation with New York’s Tonic or Hoboken’s 1-Republik. It’s just a cool new spot in Murray Hill that doesn’t pretend to be more than it is- a classed up dive bar with daily and weekly specials, that while still getting settled in, will welcome you in with open arms.

For more information on 1-Republik, check out their website 1republiklounge.com.

One of Hoboken’s newest upscale sports bars, which we mentioned in our latest “Spirits in the Sixth Borough” piece, and sister bar of Tonic, appears headed for the big time- across the river into Manhattan. This morning, LocalBozo.com caught the first pictures of the new signage right on 2nd Avenue near the bustling 34th Street intersection of Murray Hill. The ownership team applied for a liquor license back on November 2nd and is gearing up for a run in the most Hoboken-esque New York City neighborhood. Only time will tell if the new bar will outperform bars like Underground and the former Hook and Ladder, on the same area block.