Gary “Baba Booey” Dell’Abate Sits Down for an Interview with LocalBozo.com

Everything Else Interviews — 01 November 2010 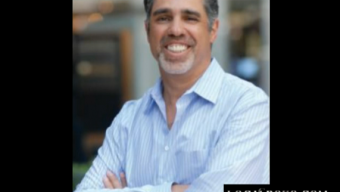 For 27 years, Gary Dell’Abate has served as radio personality Howard Stern’s right hand man, a job that while prestigious, has not come without its fair share of abuse.  From joining the show at WNBC in 1984 through the days of battling the FCC at 92.3 K-Rock, until today, positioned at satellite radio’s SiriusXM, Dell’Abate has been subsequently taunted and praised, neglected and lauded.  In spite of it all, he has remained firmly ensconced as one of the most interesting personalities on the most successful radio show in the history of the medium.  While his stories from inside the Howard Stern Show are legendary, it is Dell’Abate’s life outside of the studio that is so incredibly fascinating.

“They Call Me Baba Booey,” (officially releases tomorrow, 11/2) is Dell’Abate’s newly published autobiography that explores the inspirational journey of resiliency in overcoming the extremes of emotionally demanding adversity and utilizing the handling of these obstacles as a formula for attaining personal success.  Initially, you can hear Howard’s trademark imitation of Dell’Abate’s “Voff” voice as Gary’s words begin to describe his story; he is an eternal punchline for Stern’s “big teeth, lips, and gums” jokes.  But as his life progresses, Stern’s thick Long Island -accented impersonation subsides, and we are treated to a very candid recounting of a boy coping with constant in-house chaos, while growing up desperately seeking normalcy.

The story tracks Dell’Abate’s life from interacting with his composed father- a military veteran, to dealing with his mother’s mental illness, to his recovery from the premature death of his homosexual brother from AIDS, all while coping with the same problems and uncertainties that we’ve all dealt with growing up- not knowing where we’ll wind up or what career path we are best suited to follow.  The fact that Dell’Abate is able to eventually flourish in the face of said adversity is where the story becomes truly compelling.  Even though you already know the story’s conclusion, you cannot help but root for Gary along the way.  Perhaps that’s what makes Dell’Abate’s honest story so refreshing- though his circumstances were intricately more difficult, his problems were both real and relatable.

Candidly, the autobiography is more poignant than uproarious, which may be a bit of a disappointment to some fans solely looking for some Stern show gaffs and never before revealed secrets.  But after finishing the story, you gain an even greater affinity for Dell’Abate and have a real appreciation for all that he’s endured.  And judging from his past, you simply cannot help but wonder if any other person could have possibly been a more perfect fit to deal with Stern’s antics.  Perhaps the portrayal of the abused victim on Stern’s show was the role Gary Dell’Abate was born to play.

Even the most touching stories from a Stern staffer however, are not without their exceptionally hilarious moments.  The iconic segments like Dell’Abate’s errant first pitch at a Mets game in 2009, the infamous “I Want You Back” videotape that he mailed to an ex-girlfriend, the time Gary’s mother called Howard’s mother demanding an apology for some on-air berating, and the particularly side-splitting story that spawned the name “Baba Booey,” are all recounted by Dell’Abate himself.  The story is inspirational, funny, and sad all at once, and is a truly intriguing reflection of a man with a silly nickname, that has turned being chastised into a proficiency.

LocalBozo.com was fortunate enough to get an exclusive interview with “Baba Booey” himself.  Listen as Gary discusses the decision to write his story, revelations to his family resulting from the book, guests he regrets never booking on the show, and if Gary would have booked Gary on the Stern show.  We also ask Gary where he’ll be working in January in light of Howard Stern’s Sirius contract coming to its end.  Listen to the interview now! 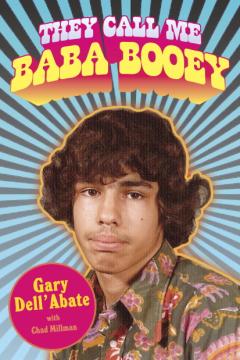 Catch Gary Dell’Abate on the “They Call Me Baba Booey” book tour when he comes to your city: