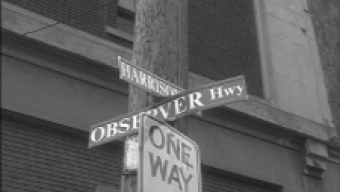 Calling all area artists! LocalBozo.com is proud to shine a spotlight on a collection of local photographers that have opened their arms to the Hudson County artistic community in this exclusive showcase. Are you looking for an affordable space to show your artwork or a studio to work? Let us direct you to a cheaper alternative to the overpriced spaces in Manhattan, conveniently located in nearby Hoboken, New Jersey.

Paul Vincent Studios officially opened in 2001, before partnering with Spitfyre Productions in 2008 and doubling the studio space to roughly 2,000 square feet. The expansion allowed the newly formed team to explore some innovative new ideas and sought to forge a community of creativity, rather than focusing solely on photography. Since then, the space has evolved into a sought after studio for rentals, showcases for music, and more recently life drawing and yoga classes, both of which are conducted there weekly by in house curator Tara Thurber and studio manager/photographer Virginia Kamenitzer.

Says Kamenitzer, “When you have a local arts community, a lot of times it ends up just being friends showing friends. And what we want to do is ‘this is art that we think is going to inspire you and take you to the next level. This is somebody whose artwork we appreciate and we think that you’re going to appreciate.’” But the focus in the space of partner/owner Paul Vincent Belas still remains on fostering relationships with the artistic community and meshing the rising New Jersey arts scene with guests from Brooklyn and Manhattan alike. “I’ve been to other studios and the space itself here is a lot bigger- there’s a private courtyard in the back and we have a different vibe. It’s an artistic community, within a photo gallery. So we’re geared for photography and for artists. It now has evolved into a more artistic space. We are trying to do more different events for artists. We have three spaces within the gallery space that are subletted to artists- a sculptor, a photographer, and another artist.”

In the days we spent in the studio space filming local band Rosewood Ghosts for an exclusive upcoming Web Shot, the family vibe definitely comes through- the team at Paul Vincent Studios goes out of their way to help make your event a complete success. Kamenitzer adds “It’s our clubhouse and that’s what we proclaim it to be and we want everybody to think it’s their clubhouse too. It’s not just for us.” Thurber, the most recent member of the team wants artists to know that the atmosphere is absolutely accommodating. “We are an open door,” says Thurber. “We don’t push anybody away. We just had an artist from Illinois come over and host a huge art show here. We are open to any artists- any form of medium. We’re trying to build the gallery as part of a space to share with everybody.”