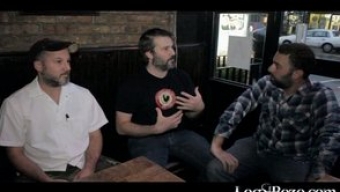 “Hey, I’m over here now!” screams the droves of Chefs and Restaurateurs who took a stand abandoning the popular and safe confines of setting up a business in Manhattan, choosing instead to head across the river. Brooklyn U.S.A is the home of Junior’s cheesecake, Brooklyn Borough President Marty Markowitz, and the newly opened Barclays Center. Needless to say, Brooklyn is making huge strides to compete and in many ways, overtake its sister borough. From Ft. Greene to Greenpoint, foodies and beer lovers alike are spoiled on a daily basis. Kings County will have something else to brag about this weekend when the immensely popular Food Network New York City Wine & Food Festival takes over the Skylight One Hanson building. It’s “Brooklyn’s Backyard presented by PURE LEAF,” an exclusive evening showcasing the rich ethnic diversity of Brooklyn with offerings ranging from Italian, Mexican, and Chinese, to Polish and Middle Eastern foods. It’s only fitting that this night of culinary decadence will be hosted by Man Vs. Foodâ€™s Adam Richman. Richman is Brooklyn born and raised, so he knows a thing or two about the many neighborhoods that make up this amazing section of town.

And speaking of amazing neighborhoods, Park Slope is the home to some of the very best examples of modern Brooklyn culinary innovations. One of the “Slope’s” most notable establishments will be on hand at “Brooklyn’s Backyard” with a front and center position to show off their delicious fare- It’s Bart and John DeCoursey’s “Sidecar,” the home of outstanding elixirs and dishes that that transcend the label of comfort foods. The brothers DeCoursey set up shop in the “South Slope” section of the neighborhood helping to transform a once 99 cent store littered dead zone into a spot where businesses now clamor to exist. In preparation for this weekend’s “Backyard” event, the LocalBozo.com crew sat down with the brothers for an exclusive interview. During our laid back and fun conversation we chatted with the Sidecar founders about the restaurant, the neighborhood, and of course what we can expect from them at Saturday’s highly anticipated event. Check out the video, then head to Sidecar yourself to sample some of the tastiest cocktails and dishes this side of the Brooklyn Bridge. If you are attending “Brooklyn’s Backyard” be sure to Tweet us out! LocalBozo will be representing in a major way and want to meet up with our readers for a local food and spirits hang session! Let’s make this interactive! Once again, a special thank you to Bart and John DeCoursey for taking time out of their busy schedules to chat with us.