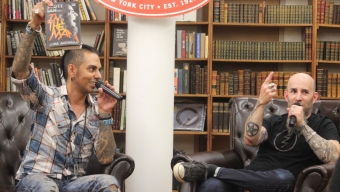 To commemorate Tuesday’s release of autobiography “I’m the Man: The Story of That Guy from Anthrax,” metal guitarist Scott Ian certainly has been making the rounds on his whirlwind of a media tour. Wednesday evening though, Ian and his signature beard granted a roomful of New Yorkers an hour of candid discussion at the legendary Strand Bookstore. Moderated by SiriusXM’s Jose Mangin and with free cans of Pork Slap beer provided by West Village haunt Daddy-O, the conversation was loose- like two pals letting you eavesdrop on their discourse. Except that one of those pals happens to play guitar for one of the most iconic thrash metal bands in the history of rock music.

Strand’s second floor Rare Book Room has played host to countless musical guests over the years, so the arrival of the tattooed rock star to one of the plush leather chairs at the front of the room was entirely appropriate. Denim vests were layered over black Anthrax t-shirts around the seated space where the eclectic crowd revealed the wide spectrum of the band’s metal fans. Fortunately even the hungriest historian of rock music would be appeased by some of the stories shared by the honest Ian during the evening’s chat.

The book outlines Ian’s unique upbringing- morphing from a young Jewish metal fan in Queens into the trademark-beard donning, savagely fast guitar player that’s built a career on reinventing a band that’s often been left for dead. For more than thirty years, the polarizing swings of musical tastes coupled with internal strife have led to a revolving door of musicians in Anthrax- of which Ian has remained the only constant. Though Ian is the only remaining member since day one, his work with most of his remaining bandmates dates back to the early 80′s, which makes the present day band perhaps the truest to form since Anthrax’s inception.

The journey of Scott Ian recounts stories with Metallica and Pantera, Ozzy Osbourne and Kiss and details the roller coaster ride of his own personal peaks and valleys both in and out of Anthrax. Though most of his best tales are certainly kept within the book’s nearly 400 pages, Ian managed to delve into a few other memories for the live crowd of New York City fans. The guitarist mentioned the thrill of having Gene Simmons at his bachelor party simply because he was asked, the anticipation for performing at Yankee Stadium at 2011′s “The Big Four” concert and the only guy that he’s had beef with in three decades of performing- naming W.A.S.P. frontman Blackie Lawless as a ‘douche,’ as a result of his treatment of the members of Anthrax amid an 80′s tour in support of Raven. Though some people hold onto grudges, Ian to his credit seems to have let bygones be bygones as he looks back on a legendary career in rock music with absolute fondness, gracious and appreciative for the opportunities he’s been given to tour the world, entertain fans and live out so many of the excesses that most of us dare only to dream.

Scott Ian’s autobiography “I’m the Man: The Story of That Guy from Anthrax,” is available in bookstores everywhere now. 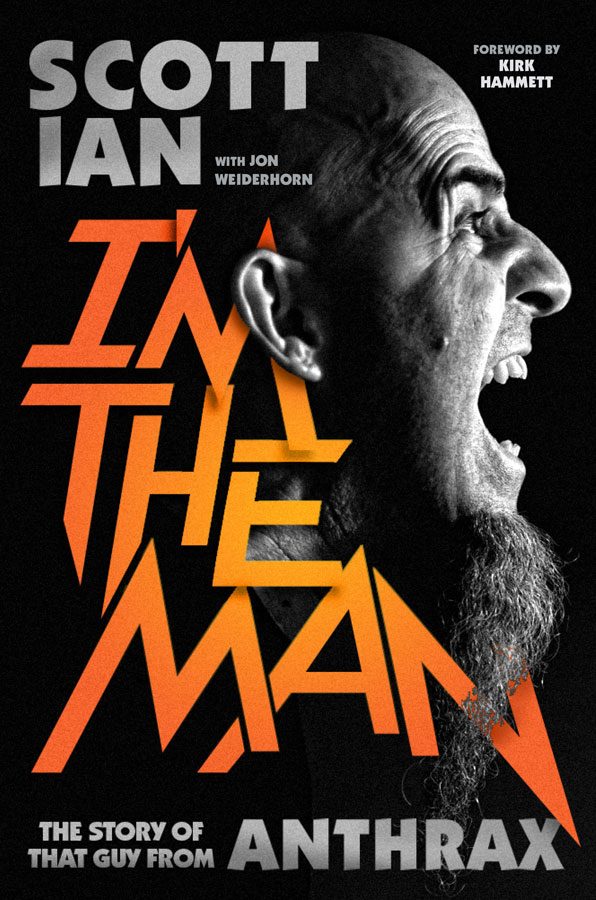