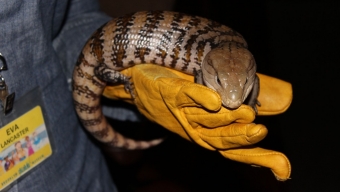 The Brooklyn Children’s Museum opened its doors in Crown Heights in 1899, 114 years ago, and is the oldest institution that caters exclusively to children in the entire world. Through the use of interactive experiences, hands on tools, and upwards of 30,000 historical objects on site, the Museum fosters a positive and fun learning experience for Brooklyn area youths that really captures the intertwining of cultures that makes the borough so truly dynamic. With a borough loyal aesthetic in mind, the landmark would bring together about 100 philanthropic guests and their friends for an informal fall fundraiser called “Imaginations Brewing,” appropriately titled considering the event would be hosted inside of another historical venue- Williamsburg’s Brooklyn Brewery. And with a full on after party held right down the block at Brooklyn Bowl, guests had plenty of reasons to come on out in droves in support of the worthy cause.

Tuesday evening’s festivities kicked off promptly at 7:30pm, where Brooklyn Brewery’s open doors allowed many of the smells held inside to waft out onto North 11th Street. The massive silver beer tanks played as a perfect backdrop to the registration area, which moved quickly for the room full of excited attendees. Immediately we moved to the main space and onto the beer line, where Brooklyn Brewery’s selection of ten distinctive pours were all available to quench our thirst. Grabbing two cups of their “East India Pale Ale” and a perpetual favorite, “Sorachi Ace,” we chatted with many of the Museum’s representatives eager to discuss the many goings on and some of the upcoming programs beginning in 2014.

Positioned far away from the food and drink, we grabbed some quick pictures of the animal life on hand for the “Imaginations Brewing” event- an unnamed stick bug and a skink (a neckless, short legged lizard) named “Oscar”- just two of the many animals on display at the Museum. Between petting the creatures and doing some light arts and crafts, we eventually positioned ourselves near the food spread. Catered by Brooklyn Bowl whose food comes courtesy of Blue Ribbon, we marveled at the massive plates of creamy “Hummus” with olives, tomatoes, and pita triangles, crispy “Fried Calamari” with lemon, cayenne mayo, and chillies, and their “Rock. And Roll. Fries” topped with cajun spice, provolone, and cheddar. But anyone who knows Blue Ribbon knows about their “Fried Chicken,” whose incredibly seasoned crispy skin is indescribably delectable. Dipping each tender piece in a blend of honey and hot sauce, the drumsticks proved a delicious compliment to the “Rack of Pork Ribs,” lacquered in savory barbeque sauce and precisely prepared to fall of the bone and directly into our mouths.

Aside from spending much of the evening learning a great deal about the Museum, attendees were also treated to a full-on tour of the Brewery in two different sessions. Guests were encouraged to participate by asking questions about the space’s history and were taught plenty about its expansion locally and its explosion internationally. With a new bottling machine installed and the space now outfitted for maximum production, Brooklyn Brewery is poised for greater variety in their beers and the opportunity to be shipped even further west as the coming years progress.

The Brooklyn Children’s Museum has been a trailblazer of sorts, with an estimated three hundred other museums following suit by opening up around the world in the many years that followed. After undergoing a major renovation and expansion project a few years ago and by staying ahead of the curve by becoming the first museum to be fully ‘green,’ now is perhaps the best time to pay the Brooklyn Children’s Museum a visit, whether or not you have your own kids.

Whether sniffing around in the garden or in their special ConEdison Greenhouse, picking up a live creature or examining different artifacts, it’s clear that you don’t necessarily to be a child to truly enjoy all that the Brooklyn Children’s Museum has to offer. “Imaginations Brewing” was a celebration and fundraiser for the Museum certainly- but it was also a celebration of the borough itself. It’s beer, it’s food, it’s history- all of which cultivate the ability to bring people together from different walks of live. And it’s also something that is similarly on display every single day inside the historic museum.